In Omaruru medical care is ensured through the existence of a state hospital and private resident physicians as well as an apothecary. As there are no resident eye doctors or dentists in Omaruru, there are regular and announced visits by eye doctors and dentists from larger cities in Omaruru. Our children and teenagers can be freed from their toothache or be given clearer sight in earmarked or spontaneous appointments.

Visits to the state hospital do not only take place in acute cases, but also on a regular basis for check-ups, which would be taken care of by general practitioners in a lot of other countries. Additionally to this, the hospital has a department which specialises in the regular medical monitoring of HIV-positive people.

Namibia is located in the southern part of Africa and, like it’s neighboring countries South Africa, Zimbabwe and Zambia, belongs to the countries in the world most affected by HIV/AIDS. 13.80 percent (status 2021) of the total population is HIV-positive, which means that Namibia has the fifth-highest infection-rate worldwide.

All of the preventional- and educational measures taken by both the state and international help-organisations have led to the stabilisation and even a small decline of this quota. Evenso, especially in rural areas and places with a low educational level as well as a high rate of unemployment, HIV is a problem which needs to be taken seriously. The Erongo region, in which Omaruru is located, is one of the areas in question.

It is now possible to lower the risk of infection so much in general and specifically from mother to child whilst pregnancy and breastfeeding through medical treatment, that the  transmission of the virus is highly unlikely. For example the countywide infection-rate from mother to child has sunk to 4 percent (WHO, 2018). Nevertheless, the extent of the illness still has wide-ranging consequences. There is a large number of orphans and half-orphans as well as children, whomes parents cannot look after them due to illness, which is caused by HIV/AIDS. 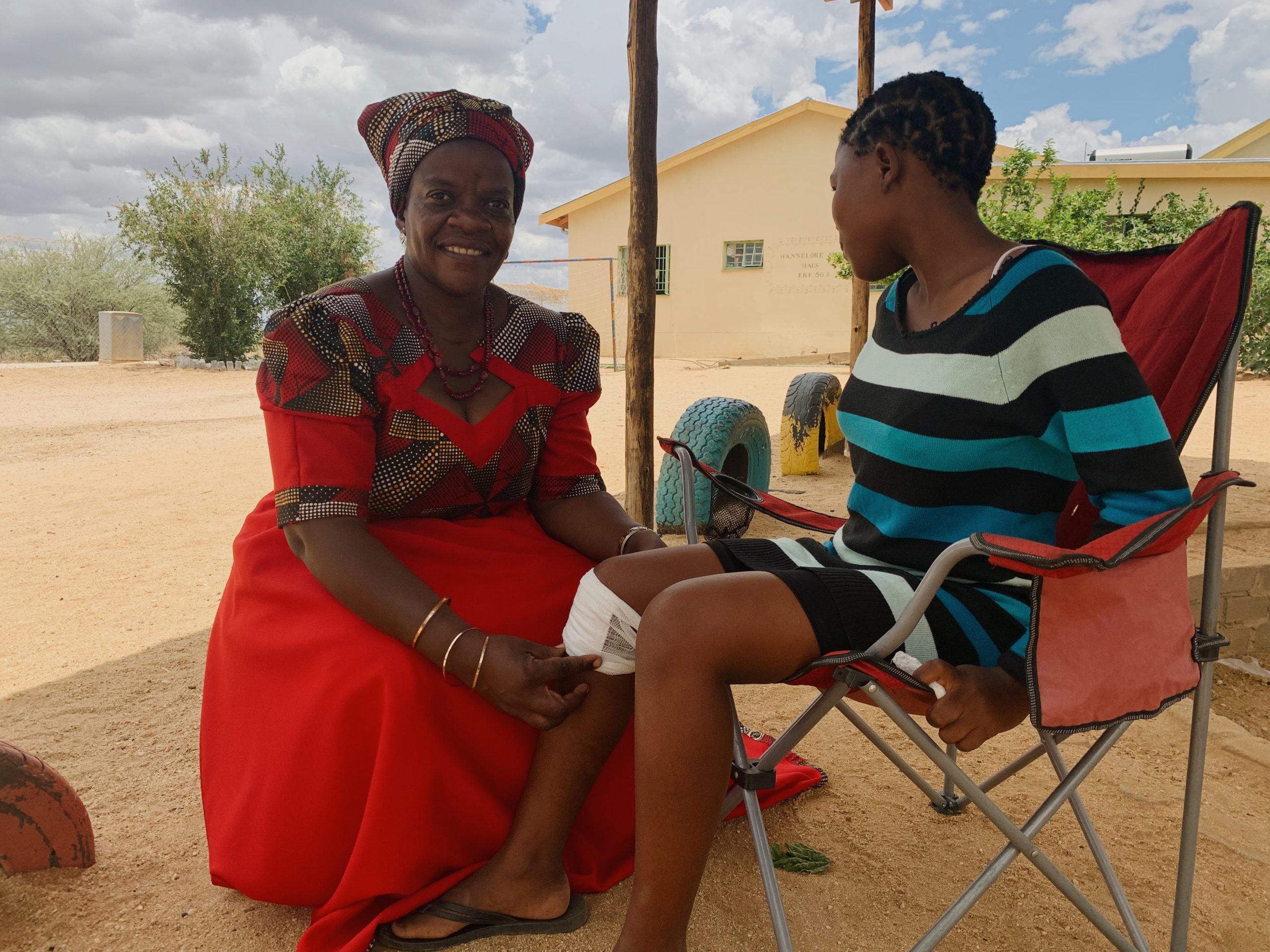